Julie was awarded the 2011 MAC Award for Major Artist by the Manhattan Association of Cabarets and Clubs. She is a 4 time MAC, 2 time Bistro award winner who has appeared in many of the top clubs in Manhattan. Her ability to connect to a lyric with unique interpretations has established her as one of New York¡¯s celebrated female vocalist. She is the first ever Nightlife Award recipient for Outstanding Female Vocalist (2003) and again in 2005 and 2009 as a finalist.In 2007 Julie was presented with the coveted Julie Wilson Award from the Mabel Mercer Foundation ¡°in joyful gratitude for the vocal majesty and lyrical interpretation she continually manifests in her classic presentations of the Great Popular Songbook.

On the theatre stage, Julie has been featured in the Broadway by the Year series at the famed New York Town Hall. Highlighted in both the “Broadway Musicals of 1940 and 1965,” Julie costarred with some of Broadway’s best. She has been featured in numerous Cabaret Conventions sponsored by The Mabel Mercer Foundation. Most recently at Lincoln Center¡¯s Rose Theatre as well as in Chicago’s famed Park West.

As a member of Actor’s Equity, Julie has performed Off-Broadway in new musicals, “I Prefer to Dream” at the Triad, “Character Breakdown” at Abington Theatre, “War Brides” at The York Theatre, “The Atrain Plays” at Neighborhood Playhouse, “Falsettos” for Storefront Theatre Company and in the award winning musical Africa & Plumbridge at the NY International Fringe Festival.

Carolann Sanita, in her debut cabaret, “Life Happens…” Here’s information about that event:

Carolann is a professional singer, actress and vocal technician/coach. She has been seen all over the United States as Marian in the first national tour of The Music Man and internationally as Maria in the European and Asian tours of West Side Story. Most recent credits include Beauty and the Beast (Belle) at Artpark, Sweeney Todd (Johanna) and West Side Story (Maria) at Sacramento Music Circus, A Little Night Music (Anne) at South Coast Repertory, Encore’s No, No Nanette at New York City Center, Thoroughly Modern Millie (Miss Dorothy) at The Cape Playhouse, Urinetown (Hope) at the Geva Theatre, Barnum (Jenny Lind) at Westchester Broadway, and Fiddler on the Roof (Hodel) at the Fulton Theatre.

Carolann continues to reside in New York with her husband, actor Gerritt VanderMeer, and their beautiful son, Cooper James!

Doors will open at 7:00. Show begins at 8:00. There will be a $15 food/beverage minimum per person (cash or credit) but there will be no cover charge. Instead, donations will be accepted (cash or check) for The Michael J. Nelsen Memorial Fund. (This annual memorial scholarship awards monies to an up and coming cabaret performer.)

With Joseph Olson at The Piano / Directed by Tanya Moberly 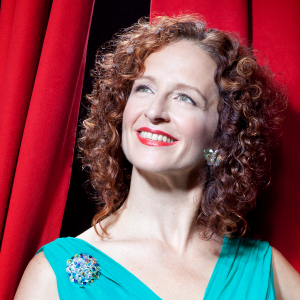 Salon Presents: Jaye Maynard in “Bird Amongst the Blossom-A Tribute to
the First Blossom Dearie Songbook”

Vocalist, Jaye Maynard, recently competed to the semi-final level in Madison
Wisconsin’s Overture Center’s Rising Star Talent Competition and will perform at San
Francisco’s Society Cabaret at The Rex Hotel with the show in May of this year.
In addition to the house baby grand at Etcetera Etcetera Jon Delfin will accompany
Maynard on Blossom’s last apartment piano, which she discovered and purchased on
Ebay after Dearie bequeathed it to the Manhattan Association of Cabarets. Maynard
interprets “The First Blossom Dearie Songbook”, containing songs written for and
by Dearie in collaboration with Johnny Mercer, Bob Dorough, Dave Frishberg and
Mahriah Blackwolf, arrangements by Mike Renzi. Maynard is now representing the
posthumously published “Blossom Dearie Songbook” for Hal Leonard Music.
The show had its theatrical debut at NYC’s United Solo Theater Festival on Theatre
Row, has played The Cornelia Street Cafe in Greenwich Village and The Laurie
Beechman Theater and Metropolitan Room here in NYC following its Los Angeles
premiere Upstairs at Vitello’s Red Carpet Jazz, as well as Sterling’s Upstairs
at the Federal Bar in North Hollywood and more recently at The M Bar, Hollywood and
Don’t Tell Mama-NYC. In May she will play San Francisco’s Society Cabaret.
Maynard styles her show as a mid-Century modern NYC supper club act ala 1962.
Known throughout the world as “a musician’s musician,” Dearie was a unique and
inimitable singer; sophisticated and genuinely funny, whose legacy of material remains
fresh, hip, smart and sassy.
Visit: www.TheBlossomDearieSongbook.com
You Tube Preview: https://www.youtube.com/watch?v=2spSBXE64ao

Salon Presents Rob Davis in “Rob’s Big Birthday Celebration: Frank, Billie & Me” a tribute to the music of Frank Sinatra, Billie Holliday and the music they would have been singing if they’d met Rob before moving on.

Singer, Songwriter, Philanthropist Rob Davis turned 70 on May 31st, and his two favorite vocalists, Frank Sinatra and Billie Holliday both would have turned 100 this year. To celebrate and pay tribute to his idols, Rob and his “Special Guest Artists” including the captivating Crystal Maldonado will be performing “Rob’s Big Birthday Celebration: Frank, Billie & Me” a tribute to the music of Frank Sinatra, Billie Holliday and the music they would have been singing if they’d met Rob before moving on.

Purchase tickets for an exciting evening of the great standards popularized by Frank & Billie, plus terrific, original, future standards written by Rob himself. Proceeds of all shows will go the cause most dear to Rob, preventing child abuse and providing treatment to those who have been victimized. Included is Help For Children, the charity started by Rob in 1998 that is now a global force for good. Since inception HFC has donated more than $40million globally, through more than 1,000 grants.

Help For Children, also known as Hedge Funds Care (HFC), an international charity whose sole mission is preventing child abuse & providing treatment to those who have been victimized. For more information, visit HFC.org.